Anna's Candles: Let there be JOY! 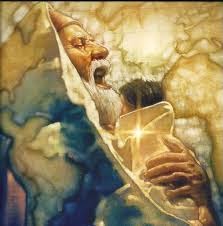 
Anna took in an excited breath as Papa placed the warm wriggling pup with a bright red bow wrapped around its neck into her open arms. She wrapped her arms warm around, burying her face into soft fur and breathing deeply. Princess struggled, finding Anna’s face she placed puppy kisses all over the small child.


“Papa, I…I thought I wasn’t old enough to have her,” Anna exclaimed between choked sobs.


Papa scooped both pup and child into his strong arms, kissing blonde curls, “Mama, and I talked it over. We decided that if you loved her that she should be yours. We will help you care for her little one.”


Mama stood in the doorframe wiping tears on her apron. She straightened, walking confidently to Anna and Papa. She placed her hand at the middle of Papa’s back, leaned her head against his shoulder so she might look at Anna’s eyes. Princess reached, giving Mama wet kisses.


“Princess, stop that!” She giggled as she pushed the puppy aside with a gentle hand.


“Okay, Anna, the first thing we need to do is get Princess’s food and water, get her used to knowing where they are in the kitchen. We also need to lay out puppy pads. You will be responsible for helping clean up her messes, feeding her, and helping Papa take her for walks. Can you do that?”


Anna breathed deep of joy. In and out her chest rose and fell, filling her heart more with the precious aroma. Joy rich and heady brimming over, expanding a heart with love. It was more than she could fathom. She thought about the man in the temple with the strange name that Papa talked about last night at Advent. How God had promised him that he would see Jesus. As an old man the promise was fulfilled. She wondered if he felt as she did now –a happiness that was beyond all wonder.


Papa kissed her cheek and set her on her feet toward the kitchen.


“Alright Anna, go with Mama and do as she says!”


Papa chuckled as Anna cooed to her pup, telling Princess what a good girl she was and how they would love and care for her. He delighted in giving his child good things. The light illumed in Papa’s soft eyes as he prayed, “the depths of joy you give us from your well of grace Father. Mercy – bread for stones.”


Jesus Presented in the Temple


25 And behold, there was a man in Jerusalem whose name was Simeon, and this man was just and devout, waiting for the Consolation of Israel, and the Holy Spirit was upon him. 26 And it had been revealed to him by the Holy Spirit that he would not see death before he had seen the Lord’s Christ. 27 So he came by the Spirit into the temple. And when the parents brought in the Child Jesus, to do for Him according to the custom of the law, 28 he took Him up in his arms and blessed God and said:


29 “Lord, now You are letting Your servant depart in peace,
According to Your word;
30 For my eyes have seen Your salvation
31 Which You have prepared before the face of all peoples,
32 A light to bring revelation to the Gentiles,
And the glory of Your people Israel.”


33 And Joseph and His mother[c] marveled at those things which were spoken of Him. 34 Then Simeon blessed them, and said to Mary His mother, “Behold, this Child is destined for the fall and rising of many in Israel, and for a sign which will be spoken against 35 (yes, a sword will pierce through your own soul also), that the thoughts of many hearts may be revealed.”


I love the story of Simeon. He is likely my favorite human after Mary or Ruth in the Bible. So small is his story, so great is his legacy. The Bible says that Simeon was a just and devout man. It goes on to say that the Holy Spirit was upon him. This man walked with intimacy with his God. He knew His voice and obeyed. He trusted him and was about his Father’s work. I do not know what Simeon’s trade was or the shape of his day to day life. However, God allows us through sacred pages, to peer into this man’s spirit. His character is strong and unwavering.


We do not know when Simeon received the prophetic word of God that he would be witness to the Christ child. He would see the babe that would ransom His people – the cornerstone of his faith wrapped in flesh. Yet, I believe God came to him in his youth, or at least I imagine Him coming to Simeon in his youth. Can you imagine what that promise looked like to Simeon?


Every time he heard a baby’s cry or saw a young one swaddled tight in their Mother’s arms, would he think of His promise? There had to be moments of frustration, wondering when this promise would be fulfilled; an ache for it to come to pass. Yet, Simeon does not sit in misery or dejection of a promise unfilled. He does not grow disillusioned with the Lover of his soul. Instead, he tethers himself further to the truth. He waits and serves God obediently.


Then the moment, bent with age, led to the temple by God’s own hand he sees Him; this child that will not only be a Redeemer for Simeon’s people, but as he says, “a light to bring revelation to the gentiles.”


I have experienced moments of reckless unbridled joy! The Lord has shown His great favor toward me. Yet, I cannot fully imagine what unmeasured joy Simeon must have felt - the relief, the adulation, the peace. The seed of joy that plants itself deep blossomed with the rising of the Son.


Our God desires this fulfillment for all of His people. The sacred joy rushes in hushed ordinary moments. It is our responsibility to recognize this gift of His hand. So often we overlook the tiny measures He gives, the good things, which can leave us breathless.


This year’s word for me would absolutely be: JOY! I have written on the topic more than any other this year. God has given me a new word for 2015: WONDER! I will be writing on this topic in the coming year, and praying I will always be left in wonder and amazement of what God is doing. Thank you for taking this advent journey with me. I will be writing the fourth installment of Anna’s Candles soon. It will likely not come before Christmas day, but will arrive before Epiphany is over on January 6th. It is my great and wondrous hope that each of you would have joy that surpasses all understanding this season. Knowing that the promises God has given are already fulfilled. Just think about the masterful orchestration of God’s coming to earth. God putting on flesh was no small feat! May you be well and know that you are truly loved.

Popular posts from this blog

Living in a Broken Dream

October 29, 2005
She clutched nothingness by the jugular while her meager vessel cut through the shimmering glass of this placid sea. Pouring out memories of reindeer hooves, campfire songs, chilly night swims, delicious sunsets, the kiss of a sunrise, and the unexplored passion of a first kiss she attempted to stay afloat above the throe. Her leaking paper cup wasn’t fast enough; spilling more back into the shell than desired, working feverishly she didn’t even notice the shore or the silhouette…a man reaching…reaching for her…

I’ve been dealing with the lack of feeling lately. That is the best way to describe it. My safe harbor is my mind, which incidentally is also a war torn land where great battles are fought and often lost. However, I have found a safe haven amongst the mortar blasts, debris, death, and devastation…a comfortable sort of numb that allows me to contend with my hallow dreams and broken heart. Like a cracked vessel that stands in front of the light she is to reflect rather than turni…
Read more

Let Me Share My Narrative With You (His Testimony!)

September 13, 2005
Well guys! Here it is! My testimony, or His testimony in my life! It is quite long...sorry...but I've divided it up in sections so hopefully it will make it easier to read. I hope that you will see Him fully reflected in this and that what ever ounce of me resides will be taken out I know this is long in coming, but I hope you enjoy....

Lord Father, this testimony is truly a testimony of You…it is not about me…


What a deep and beautiful gift to be intimately known by the Creator of the Universe…let me share a narrative with you, a true love story if you will…let me share with you the moment the Lover of my soul captured my heart leaving me forever changed.


I was born August 27, 1980 in Rome Georgia. I grew up Southern Baptist with a caring Mom and Dad and two amazing younger sisters that mean more to me than words can express. I was a very awkward child and struggled in my formative years with very low self-esteem and lack of self identity! Since I can’t take you through every single…
Read more

He Is My Portion!

July 23, 2005
"Two things I ask of you, O Lord; do not refuse me before I die: Keep falsehood and lies far from me; give me neither poverty nor riches, but give me only my daily bread. Otherwise, I may have too much and disown you and say, "Who is the Lord?" Or I may become poor and steal, and so dishonor the name of my God." - Proverbs 30: 7-9

An Excerpt from my Lord is My Shepherd Journal:

My Gracious Lord,
My Beloved Savior,
My Redemption and Mercy Giver,

Oh how my heart aches when I think of what I did to you last night! You were aching to spend time with me, to love me, to teach me, and I longed for that as well. However, I turned my back and chose a lesser easier road that left me feeling more empty and worthless than I did before! I feel in my heart of hearts You were trying to protect me from that, but once again my older more well-worn path was simpler. I am so very sorry and I truly seek Your forgivness for what I did!...

...Oh Father! How I desire for my fe…
Read more

Melissa
Lexington, Kentucky, United States
I'm a Christian who loves Christ with all her heart. I love to laugh, I love to cry (sometimes), I love to feel deeply. I want the road bendy & the windows rolled down. I want all the wick & wax gone. I want to live with reckless abandon. I want to have deep, authentic intimacy with others. My hope and prayer is that I will effect & be effected. This journey is my own!